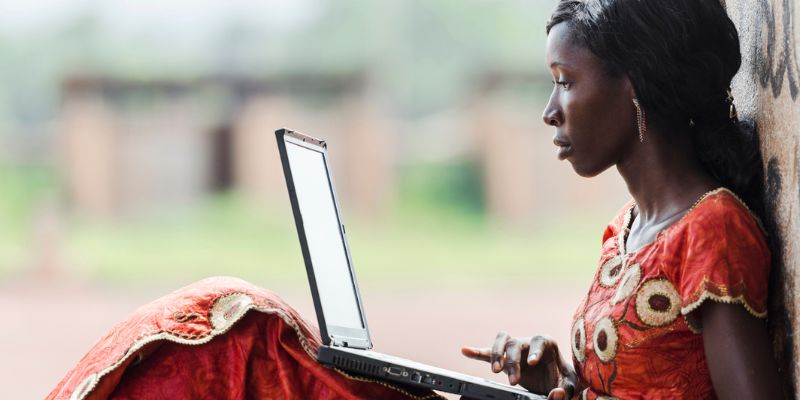 Based on a study conducted in 2017, Africa has the lowest percentage of internet users as compared to other regions. 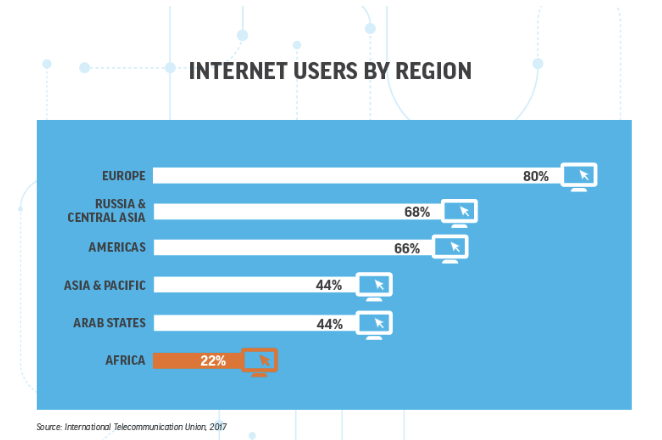 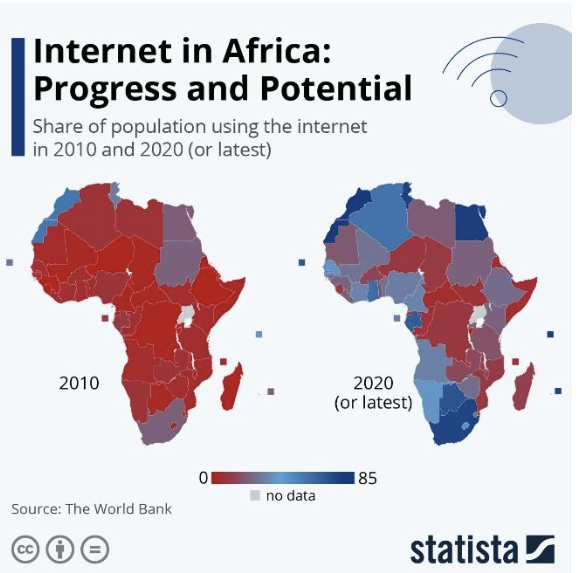 Despite the progress, it is evident from the map that there is still much to be done to bring internet connectivity to the region. There are still 7 countries with a less than 10% penetration rate.

What has been impeding the progress?

The telecom infrastructure in Africa has been held back by underdevelopment due to lack of investment and neglect by the local governments and telecom companies. The region is plagued by natural and man-made disasters such as civil unrest, drought, and insurgencies. The problem is further exacerbated by the high cost of adoption coupled with low purchasing power. Based on a report by the World Bank Group in 2021, the price of mobile broadband services in West Africa is one of the highest in the world when adjusted to account for the cost of living. Other factors such as the access to electricity and literacy rate has also been raised as potential cause of the slow adoption.

What could be done to aid progress in Africa?

According to the World Bank, it will cost approximately US$100 billion to bring broadband connectivity to all users in Africa. It will also require a great deal of cooperation between the public and private sector. Currently, about three hundred million Africans live more than 50 kilometers from a fiber or cable broadband connection. At least 250,000 km of fiber will have to be added along with 250,000 new 4G base stations.

What are the current initiatives for Africa’s progress?

The 2Africa cable system—the largest subsea project, is expected to double the region’s internet capacity when completed in 2024. Currently, a lot of Africa’s data such as those related to banking and governmental bodies are being hosted outside of the region. This has resulted in an increased concern regarding data sovereignty. This is driving the growth of data centers in Africa. In 2020 and 2021, four major pan-continental deals and investment commitments totaling US$2 billion were concluded. And it is projected that by 2025, Africa's data center market is expected to grow to US$3 billion.

Africa’s internet economy is still a largely underinvested sector. Even though there have been significant investments from outside the region to drive the change, there is still much of the market which is untapped due to the high cost of adoption for end users. The region will have to encourage competition within the region to lower the cost of adoption. The infrastructural development is just one piece of the puzzle and the digital transformation can only be truly realized if high quality connection is available at an affordable price.